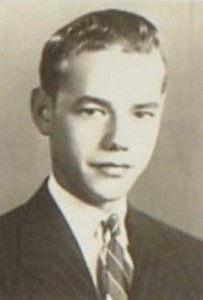 Private Raymond Barkey was born on July 4 1924 in Roselawn (Newton County, Indiana). His parents
John en Martha had four children, 3 boys and 1 girl. On Friday November 11 2022 dr Paul E. Barkey, a
nephew of Raymond, visited Margraten. Paul served as a chaplain in the 82nd airborne division and
made over a hundred parachute jumps. He was in Roemenia were he is supporting the local gipsy
population with his organisation. Together with his companian Clark he made a trip to the gravesite
of his nephew, the American cemetery in Margraten.
Raymond Barkey was stationed with the 101 Airborne Division. He got wounded on June 6 1944 in
France. On June 18 juni 1944 he joined his unit again and moved to Holland. On October 6 he was
wounded again and he died in a Dutch hospital on the age of 20. He was buried at first in Molenhoek
near Nijmegen and was reburied in Margraten in 1948.
The adopter of the grave of Raymond Barkey is Ricardo Barkey and he came for this visit all the way
from Krimpen aan de Ijssel together with his girlfriend Gabriëlle. He adopted the grave of Raymond
in 2004 in a time that there were enough graves without an adopter to be able to choose a name.
Nowadays there is a waiting list of 1000 people wanting to adopt a grave. Ricardo did a lot of
genealogical research about the Barkey family. His grandmother came from the Indonesian Riau-
Archipelago. Ricardo had a lot of information about the family Paul was not aware of. The
unexpected visit turned out to become a family reunion. The name Barkey was used in Amerika for
marking the cattle of the family of Paul. This brand consisted of a bar with a key below, the Bar – key. 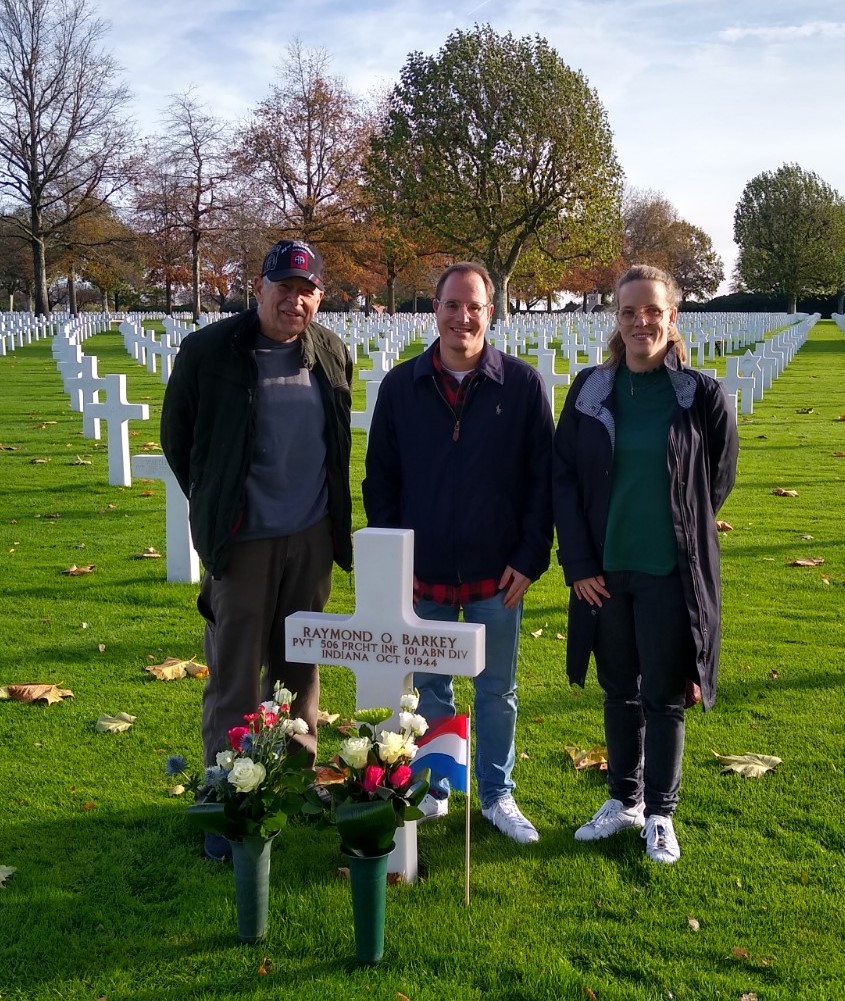 Joy Voncken (ABMC) of the American cemetery escorted Paul to the gravesite where his name was
filled with the sand of the beaches of Normandy. The American and Dutch flag were placed and the
adopters had taken care of two bouquets of flowers. Paul Barkey was very grateful for the
remarkable way the Dutch adopters tend the graves during all these years especially for the
commemoration of his nephew, Raymond O. Barkey.