Johanna Kelley and her daughter Megan visited the grave of their (great)grandfather on Friday June
10 2022, Pfc Joseph (Joe) Coleman at the American cemetery in Margraten. Joe enlisted in 1943 in
Houston Texas and got a function in the 31 ste Tankbattalion. Joe grew up in a large family. Father
Rufus and mother Emma had four girls and two sons. Joe was married to Winona Smith and they had
a daughter Nova. Megan showed pictures of her great-grandfather from April 1945. These must have
been the last pictures because he was killed in action on April 8 in the vicinity of Warburg. First he
was buried in Germany and after the surrender of the nazi-regime he was transferred to Margraten
in July 1945. 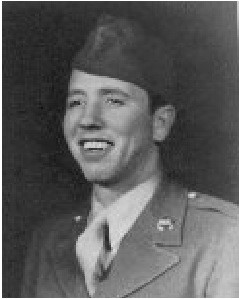 Joe’s spouse, Winona, will be 100 this month and she is eager to see the pictures Johanna and Megan
made of their visit to Margraten and of her husbands’ grave. The adopting family of Joe Coleman,
Marco and Claudia Potten from Stein, picked them up at the hotel in Maastricht and braught them to
the cemetery where they were welcomed by Joy Voncken from the American cemetery. Marco is
working in Eygelshoven at the NATO Army Prepositioned Site and he is also a member of the Dutch
Territorial Army. He did a lot of research and was well informed about their soldier, Joe Coleman.
Joy Voncken, working at het cemetery in Margraten accompanied Johanna and Megan to the
gravesite. He filled the engraved letters with the yellow sand of the Omaha beaches of Normandy.
After placing the American flag Johanna and Megan were left alone in his emotional moment.
When they left they received a map filled with information about the cemetery and a DVD with
images and music from Margraten with the impressive “Do you remember”. 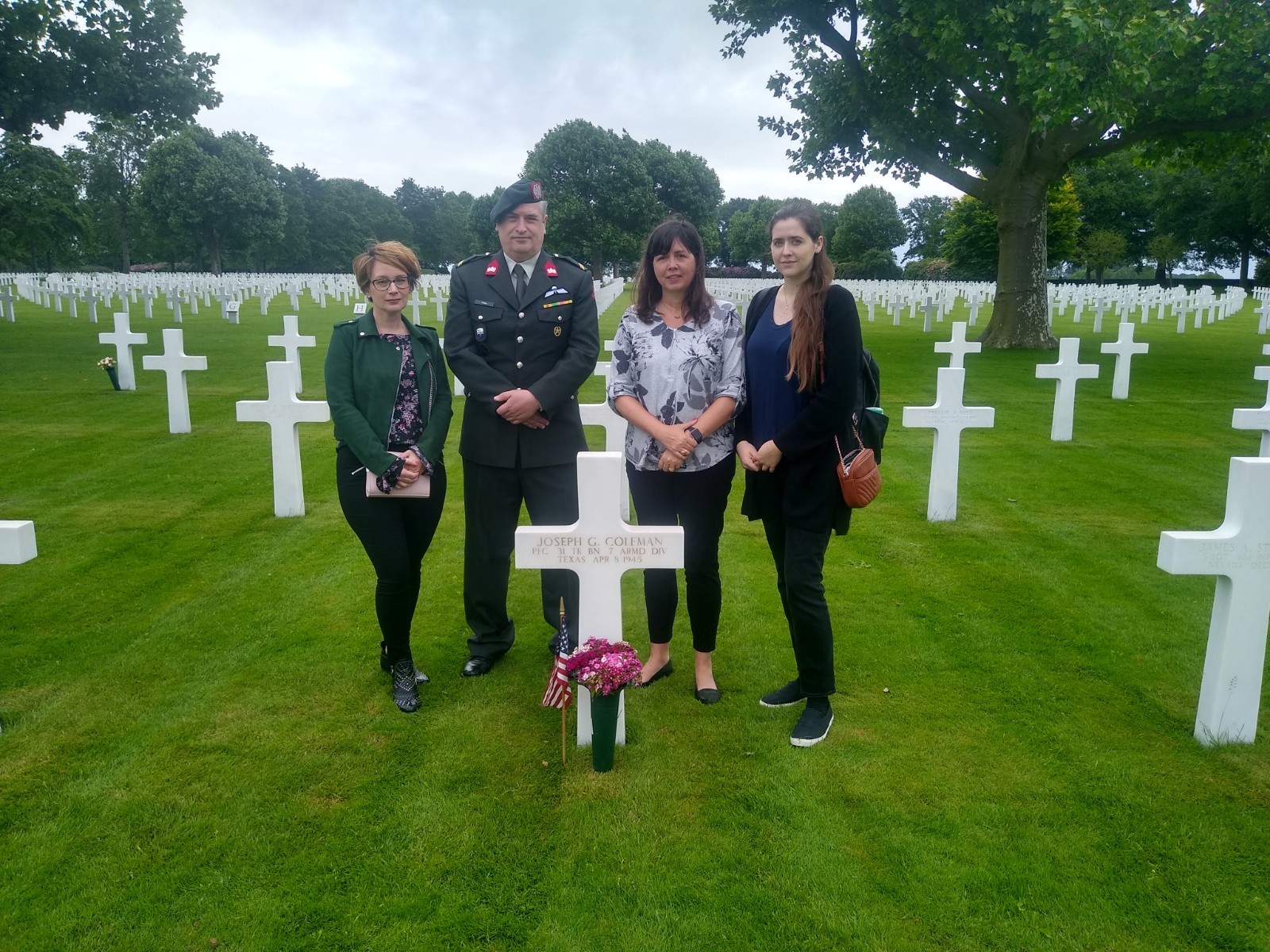 It was a special day for the adopters to finally meet the next of kin and even more special for Winona
to see at the age of 100 how her Joe is treated and remembered in Margraten.